Home » Food education, Healthy eating at home, Improving school food, School lunch » Why We Should NEVER Give Up on Teaching Kids to Love Healthy Food 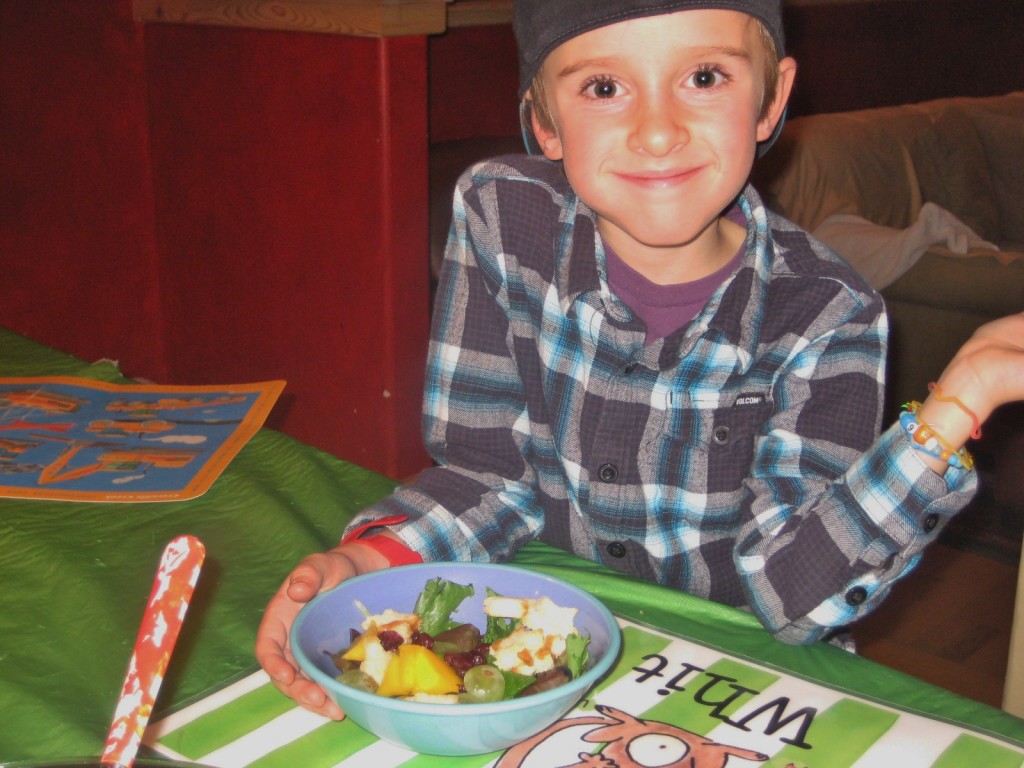 I’ve been pretty open and hon­est about my feed­ing strug­gles with my older son (now age 8). Over the years, his will-not-eat list has been longer than a line at Dis­ney­land. Oh, how I’ve tried and tried to intro­duce healthy new foods, only to have him reject them, often with­out even tak­ing a bite. Despite all the cre­ations that I’ve placed before him, he’s stead­fastly refused to eat most fruits and veg­gies, nuts, beans and even smoothies.

As a mom who cares deeply about food, it’s been dif­fi­cult. And I’ll admit, I was start­ing to feel hopeless.

But lately, there’s been a shift. Seem­ingly out of the blue, my mac-‘n-cheese guy has decided to start branch­ing out. Here are a few exam­ples of the foods that he’s not only tasted but actu­ally eaten in the past few months:

Given that he wouldn’t touch any of it just sev­eral months ago, I’d say that he’s made great progress.

Bot­tom line: We can never give up on try­ing to teach kids to love fresh, whole­some food. Some kids take longer, and it cer­tainly isn’t always easy. But if we KEEP BELIEVING and don’t push too hard, most will come around eventually.

When it comes to mak­ing improve­ments to school lunches or serv­ing healthy snacks at class par­ties, many peo­ple will say, “But kids won’t eat it!” And it’s true, some may not at first. But that doesn’t mean that we shouldn’t try. Teach­ing kids to love healthy food is a process, and it doesn’t hap­pen overnight. We owe it to them to be patient and to never, ever give up.