Holiday Party Survival Guide: Teaching Kids to Cope With All the Treats 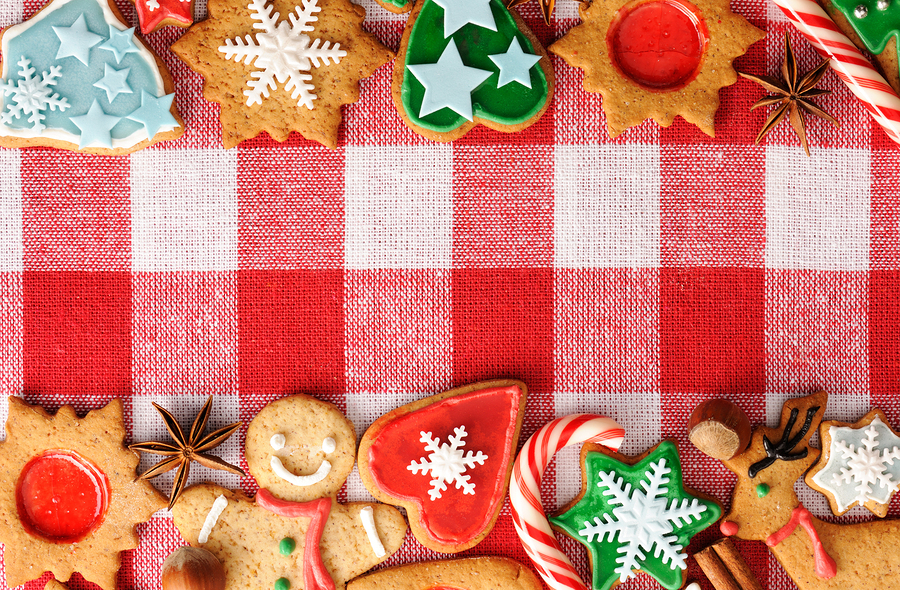 I felt a pit in my own stom­ach as I stared at my then 6-year-old dou­bled over in pain. “I think I’m going to throw up,” he said, tears stream­ing down his face. He wasn’t suf­fer­ing from the flu, an intesti­nal block­age or appen­dici­tis. Instead, it was a case of seri­ously overindulging on junk food at an all-you-can-eat kid’s birth­day party.

It didn’t hap­pen because we’re restric­tive with food. Our kids have dessert almost every night. While I, of course, favor health­ier treats (like dark choco­late and man­goes or these No-Bake Brownie Bites–super-yum!), my hus­band ensures that they get plenty of Kit Kats and Oreos. Besides, my son wasn’t the only kid to overdo it that day. One of his bud­dies, who basi­cally lives on highly processed, sug­ary foods, also ate to the point of bellyache.

No, the sad truth was that my son just didn’t know how to cope with the abun­dance of chips, candy, soda and cake that stretched the entire length of a pic­nic table. And that’s because no one had ever taught him. While I hated the thought of him con­sum­ing all that junk, I had never actu­ally explained how to han­dle all-you-can-eat food fests.

One of my favorite feed­ing experts, Dina Rose, Ph.D. of It’s Not About Nutri­tion, has great advice on this. So, just in time for the hol­i­day eat-athon, some of her best tips:

Plan for the party A cou­ple days before­hand, tell your child that it’s impor­tant to eat extra well for the next few days. Explain that he’ll prob­a­bly want to have some treats at the party. To com­pen­sate, it would be a good idea to skip the sweets for a day or two. (I tested this strat­egy the night before Hal­loween, and it worked like a charm—my kids, now ages 7 and 4, hap­pily agreed to forego dessert.).

Pre­pare a small snack Attempt­ing to stuff your child with healthy food right before the fes­tiv­i­ties prob­a­bly won’t stop him from eat­ing too much junk. Chances are, he’ll just dou­ble down and end up dou­bled over (like my son). Instead, give him a small snack—some fresh fruit and Greek yogurt or gua­camole and car­rot sticks—so he’s not starv­ing but still has enough room to enjoy some party food.

Peruse before pick­ing  When faced with a big spread of food, teach your child to look it all over before mak­ing his selec­tions. Research from Cor­nell Uni­ver­sity found that peo­ple who browse the buf­fet before serv­ing them­selves tend to be much leaner than those who start pil­ing up their plates with­out first con­sid­er­ing all the options.

Save room for favorites If you notice your child chow­ing down on chips, remind him to save some room for other favorite foods that may be down the pike.

Take a to-go plate Tell your child to lis­ten to his tummy. Instead of con­tin­u­ing to eat when he’s full, encour­age him to ask for a slice of cake to go. He can eat it at home later or save it for the next day.

Don’t micro­man­age While at the party, resist the urge to lec­ture him on the evils of processed junk. Act­ing like the food police won’t just spoil his fun, it could make the unhealthy stuff even more attrac­tive. Hav­ing reg­u­lar dis­cus­sions about the types of foods he should be eat­ing most and least is very impor­tant, but now isn’t the time. Dur­ing the fes­tiv­i­ties, try to relax and let him make his own choices. If he doesn’t make good ones, remem­ber that his over­all eat­ing habits are what really matter.

How do you han­dle events with oodles of junk food? Do you talk to your child about how to cope with treat over­load (which doesn’t just hap­pen at hol­i­day time!)? Please leave com­ments down below. And thanks for visiting!

3 Responses to Holiday Party Survival Guide: Teaching Kids to Cope With All the Treats